September 23-30 2017 POSSIBLY STARTS THE WORLD WARIII! READ THIS AND SHARE WITH OTHERS BEFORE IT WILL BE TOO LATE!! 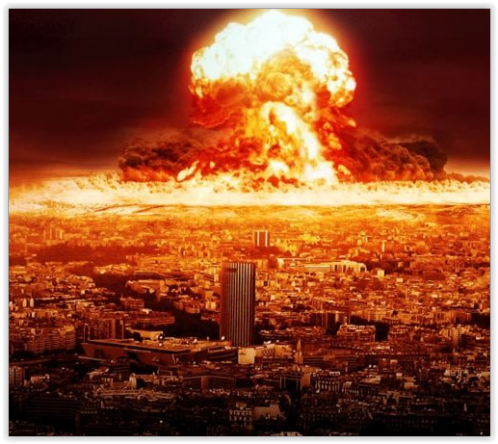 This dream could soon become reality of the planet Earth. We met early in a morning and we decided for a walk through a forest. He looked very mysterious. The time traveler told me about his journeys throughout universe. He started with the story about event that could potentially become a reality on our planet. I looked at him with a questioning look that had stopped him.

He said that the possible sequence of events that he is about to tell me about are not excluded. He said that I can even prevent that! We sat down and his story begun.

The time traveler started speaking about a big building that is being built for a purpose, like the two of those that are not existing any more (speaking about WTC). He mentioned NY, where huricane is now heading. The huricane will miss it. What will probably not miss NY is following event…

The building, which is called ONE WORLD TRADE CENTER, has a spike located up to 541 meters above the ground.  He especially highlighted the word ONE. I thought, oh, they’re starting to use our numbers for their good.

After a long break, when he was probably reading a thought that crossed my mind, he continued

The spike has 6.3 tonnes and the US National Flag is flying under it. Not at the top of the spike, but under this monster. Mostly it is the opposite. It amazed me.

America is in its end and needs to cause WWIII. There is no other solution. That’s why they placed an atomic bomb in the spike. It has to explode over the NY and straighten it with the ground. Ground zero will actually be achieved then. Then the time traveler continued on the fact that US is in the end and it has no other choice then join the nuclear war. Right after that the war should be unleashed all over the planet Earth.

Then he sharply pointed his left hand toward the woods and some sort of screen appeared right in front of me and the „movie“ started. I saw the Russian troops occupying the whole Europe. Ah, I thought, so the prophecy of Irlmayer, which is foretold to mankind, is maybe right. The movie showed how US aircraft destroyed North Korea and was pouring some powder on Arab countries. He said it is an atomic dust.

Then I saw how a houndreds of metres high tsunami was created in the Atlantic ocean and it flooded most of the eastern America and much of Europe.

The movie moved to Cern where the accelerator was almost at the full power. I saw Cern not being controlled by people but by some kind of alien race. Suddenly, the 1000% power digits appeared on the monitors, and a fraction of a second after displaying the number everything was shrouded in the darkness. Nothing but darkness. Total system failure. Total MATRIX dropout. Maybe forever.

After th movie ended I realised that I am still standing next to the time traveler. He told me that the next step is on me now. I has no idea what he ment by this but he explained that it is conected with the website I write on. He said it is neccesary to share those data he told me about in advance with people. This is said to prevent this attack and the unleashing of something people would never want on the planet Earth.

By publishing the article, which you are reading right now, their plans should be avoided and canceled. Let’s see how it will be.

When the strange meeting ended it was a late afternoon. The time ran incredibly fast. The time traveler asked me to write it on the web of mine and tell people that this horrible event could happen on 22nd or 23th September 2017. They have time untill the end of the month. They will have no other chance to unleash WWIII.